Initial training on EMiR is provided on-site with the sale of our Standard or Professional systems. Additional on-site training can be designed and provided based on your needs and your staff requirements.

Online training is available via our EMiR-Learning platform which has a variety of courses available and each has an associated test to achieve certified EMiR qualifications. We can also provide custom one-to-one online training, dealing with specific requirements.

Kempton Steam Museum was a fascinating and awe-inspiring location for the AEMT meeting in West London.  Our thanks to the volunteers at Kempton that not only maintain and operate this piece of Britain’s history, but host organisations such as ours in grand style.  We highly recommend you visit! 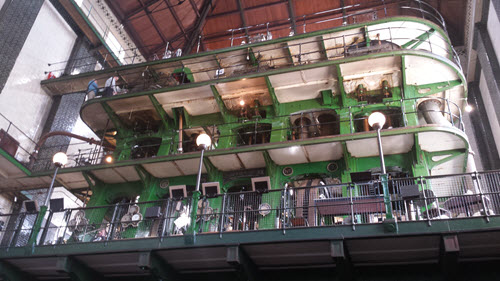 Steam technology at its finest
Kempton’s pair of triple-expansion steam engines were at the cutting edge of water pumping technology when they were installed in 1927-28 to supply 39 million gallons of water to North London. 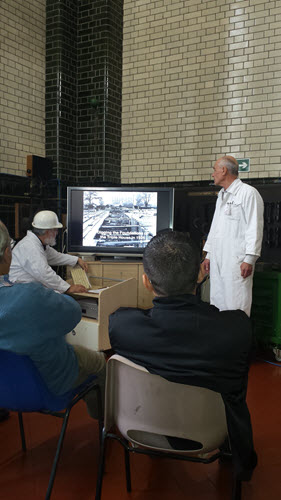 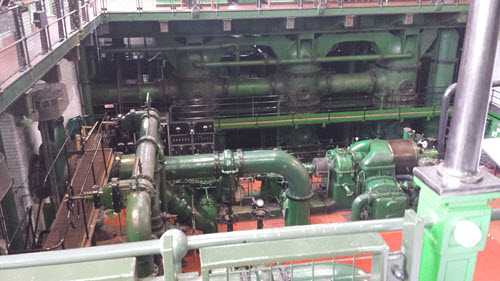 In the beginning…
The waterworks at Kempton started life in 1897 as the New River Company, with two holding reservoirs supplying 12 slow sand filter beds. Five Lilleshall triple-expansion steam engines were installed – two to lift water from the Thames to the reservoirs and three to pump it on to Cricklewood. The steam was supplied by six hand-fired Lancashire boilers. In 1915, a narrow-gauge railway was constructed to bring coal for the boilers up from the river at Hampton. By 1904, the New River Company had been incorporated into the Metropolitan Water Board along with seven other water companies and, in 1929, the MWB applied to the College of Arms for the coat of arms displayed on the far wall of the engine house as you enter the building.

The Triple House opens
London’s demand for water was growing and as new suburbs sprang up in the aftermath of World War I, the MWB decided to build the new engine house at Kempton. Work began in 1927 and was completed in 1928, when the two Triples you see today were commissioned by Sir William Prescott, then chairman of the MWB. Because the five Lilleshall engines were still in service, the new Triples were numbered 6 and 7, and were named after Sir William and his wife Lady Bessie respectively. Space for a third Triple was allowed for, but this was never installed.

Built by Worthington-Simpson of Newark, near Nottingham, the Triples were brought down in component form by rail and assembled on site with the use of a 20-ton gantry crane, which can still be seen operating today. The maximum payload of a railway truck meant that no one component could weigh more than 16 tons. Such was the size of the Triples that Worthington-Simpson was not able to fully assemble the engines at their Newark works and had to content themselves with doing a test assembly in two halves. 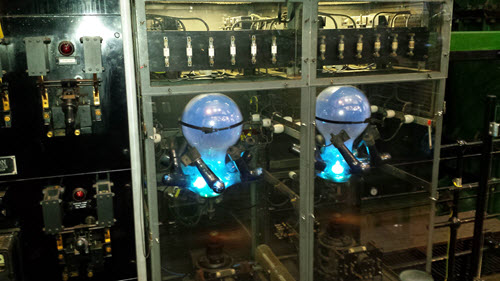 The Meeting itself – AEMT Business!
Graham Brooker the president of the AEMT opened the meeting with a welcome to the attendees and an introduction to our two guest speakers, Dennis Rawle of Graphalloy and Heinz Kessel and Steve Rapley of UK Trade & Industry. 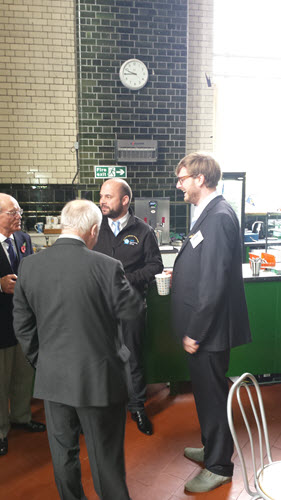 In brief, Dennis of Graphalloy’s discussion titled Solutions for Tough Bearing Problems, focussed on the use of specialist graphite compounds used in the production of metal bearing assemblies, creating self lubricating and hard wearing   products.  With over a hundred years of experience in this area Graphalloy offer a unique product for all challenging applications.

Heinz Kessel introduced the government’s vision for overseas business and growth and the help on offer to UK companies.   Members are advised to contact their local contact of the UKTI (over 300 dedicated consultants) to discuss their individual needs.  The presentation highlighted the OMIS – Overseas Market introduction Service, the ECR – Export Communication Review, the TAP- Tradeshow Access Programme and made us aware of the work undertaken by the Middle East Association.

Well done to Thomas Marks for finding the location and organisation on the day!

Star Delta was formed in 2004 and acquired by the Delta Engineering Group in 2011. Based in Grimsby, they have rapidly grown to be a serious…

"We have been very successful at assembling and providing quality products for our customers, but our process used to involve a lot of administration, many separate systems and duplication of effort. Now with EMiR, the process is managed within one solution and we have better data to run the business on."