Initial training on EMiR is provided on-site with the sale of our Professional systems. Additional on-site training can be designed and provided based on your needs and your staff requirements.

On-line training is available via our EMiR-Learning platform which has a variety of courses available and each has an associated test to achieve certified EMiR qualifications. We can also provide custom one-to-one on-line training, dealing with specific requirements. 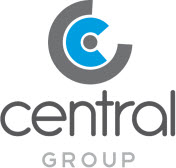 Liverpool City Council is saving £60,000 a year on energy costs at five of its swimming pools following the installation of ABB variable-speed drives on filtration pumps and air handling units.  Faced with rising energy costs and the need to trim budgets, the council approached ABB authorised value provider Central Group for help in cutting the energy use at its swimming pools.  The council’s maintenance manager says: “We had an energy conservation report done on one of our pools by an independent company which had recommended ABB variable-speed drives.”  Central Group investigated the pumping set up at the swimming pool. The two filtration pumps were originally run in a duty/standby configuration. Pumping rates were increased as more people entered the pool. Central suggested using the pumps in a parallel pumping scheme that would cut energy use.  Gianfranco Colangeli of Central says: “At first the council was sceptical of the proposed scheme. We suggested a trial to prove that it could work and they agreed.   “We logged the energy use of the pumps beforehand - we then installed two new ABB drives. Our predictions indicated a 10-15 percent saving, but logging the energy use we found that the drives made a 35 percent saving, with a payback of around six months. This was all with no change in the flow rate or water pressure.”  Following the installation of the permanent drives, Central Group also installed low occupancy switches, which cause the drives to run the motors at even lower speeds when few people are using the pool or when the pool is closed. “We had budgeted for 45 Hz,” says Colangeli, “but we can go as low as 30 Hz.”

Since the initial installation, ABB drives have been retrofitted into four other swimming pools, for water pumps and air handling units. With a total of 20 drives over the five sites ranging from 7.5 to 18 kW, the project is saving £60,000 a year, with a payback of around two years.

Central Group, based in Merseyside, was founded in 1972. They are a member of the AEMT and provide motor and drive sales, service and repairs. Since…

“We’re new to EMiR, just started the installation and setup, so we’re going through the training and everything ready for our employees to use it. It’s a very exciting time to move onto a new system and get the ball rolling. I’ve found the system really easy to use so far. To start with it seemed a bit daunting, there were a lot more buttons than we had in our old system, which was a very old system! But EMiR seems awfully easy to use and there’s so much that it can do for us that I’m really excited to see how it we can adapt all the extra things that it can do to suit our business. Solutions in I.T. have been absolutely brilliant to deal with. They’ve always been on the end of the phone if we need them.”